Dance At Your Own Risk Releases 8th Album 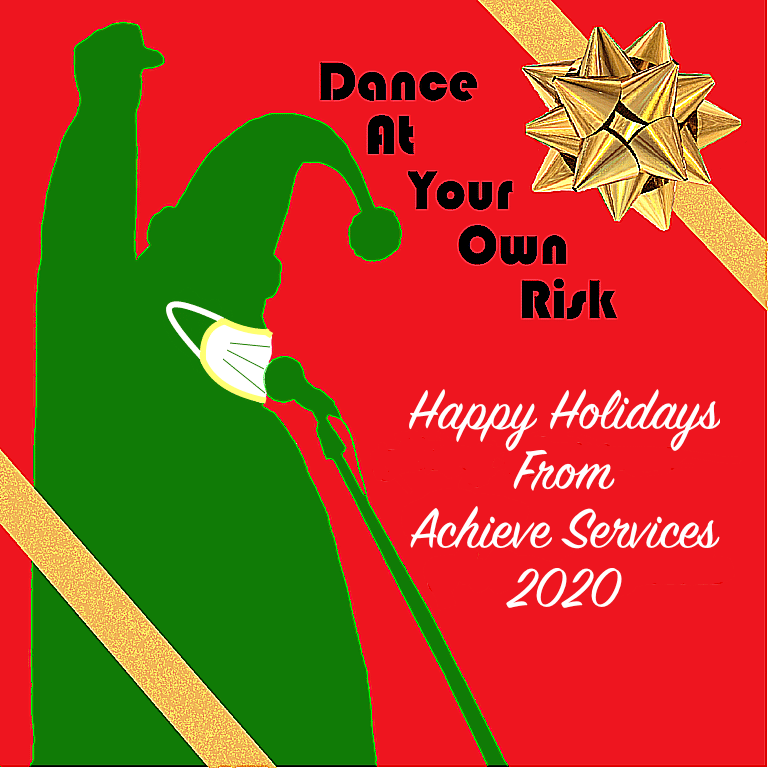 Dance At Your Own Risk (DAYOR) has not let the pandemic stop them from making music. The band’s 8th album – Happy Holidays From Achieve Services 2020 – released in December and can be streamed wherever you listen to music. The album features 14 tracks with lyrics written by DAYOR members.

Training Specialist and DAYOR Producer Joe Loskota hosted a virtual release party on December 18, which featured live performances from some of the band members. Josh Larson and Brian Chong, along with Joe, were also featured on KFAI Radio’s Disability and Progress show on January 14. Josh continues to be inspired as he engages with Achieve virtually. He’s written 21 more songs since the album released!

Stream the album by clicking on one of these links: YouTube, Amazon Music, Apple Music. Listen to the KFAI interview by clicking here.